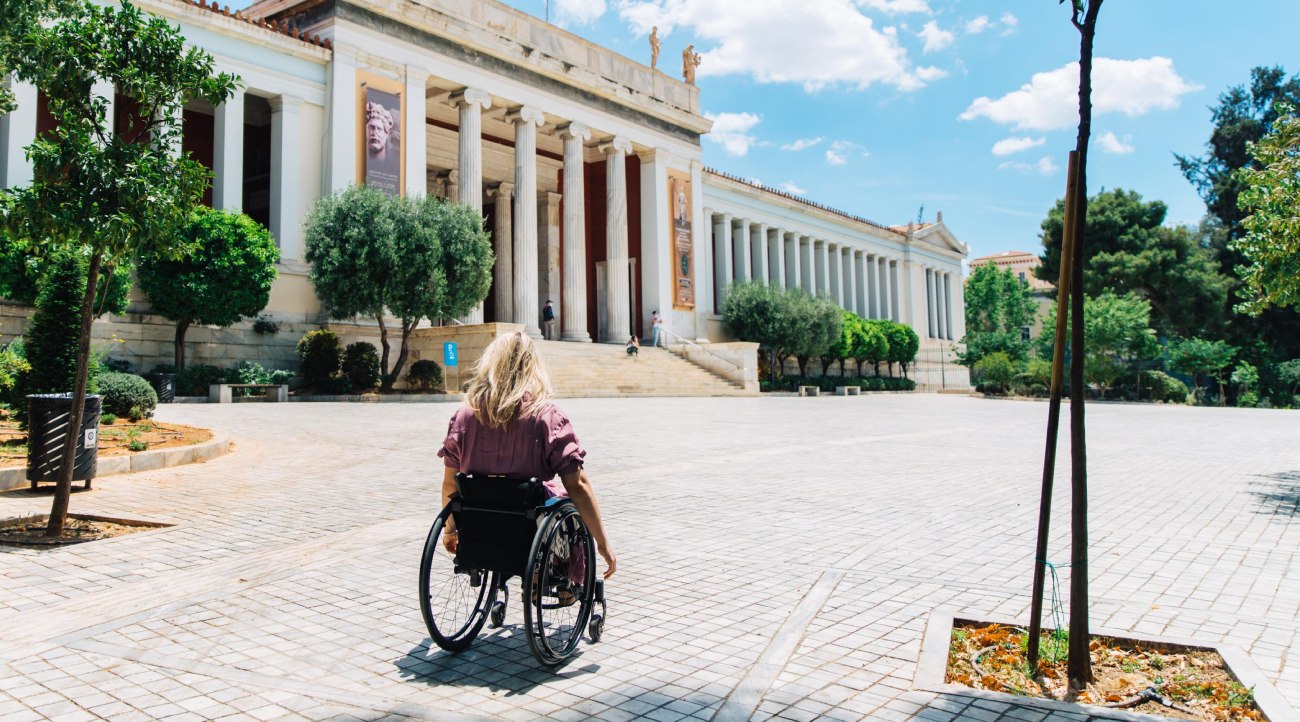 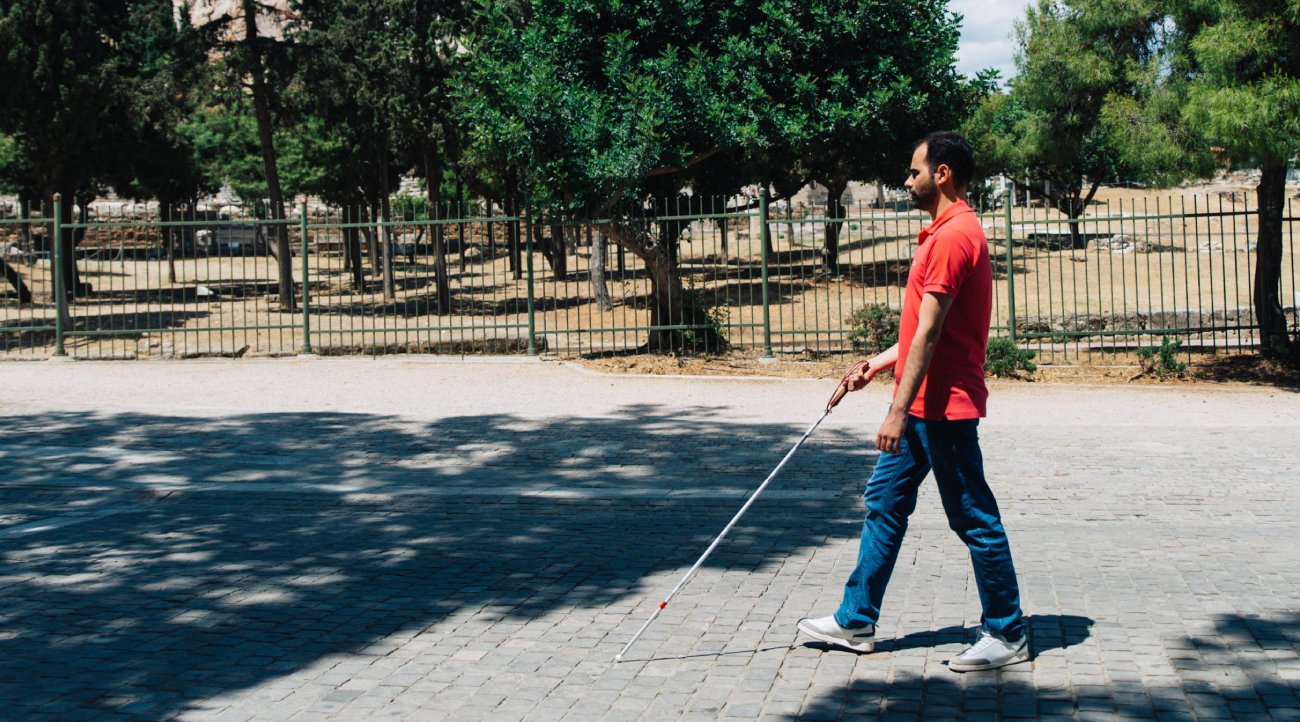 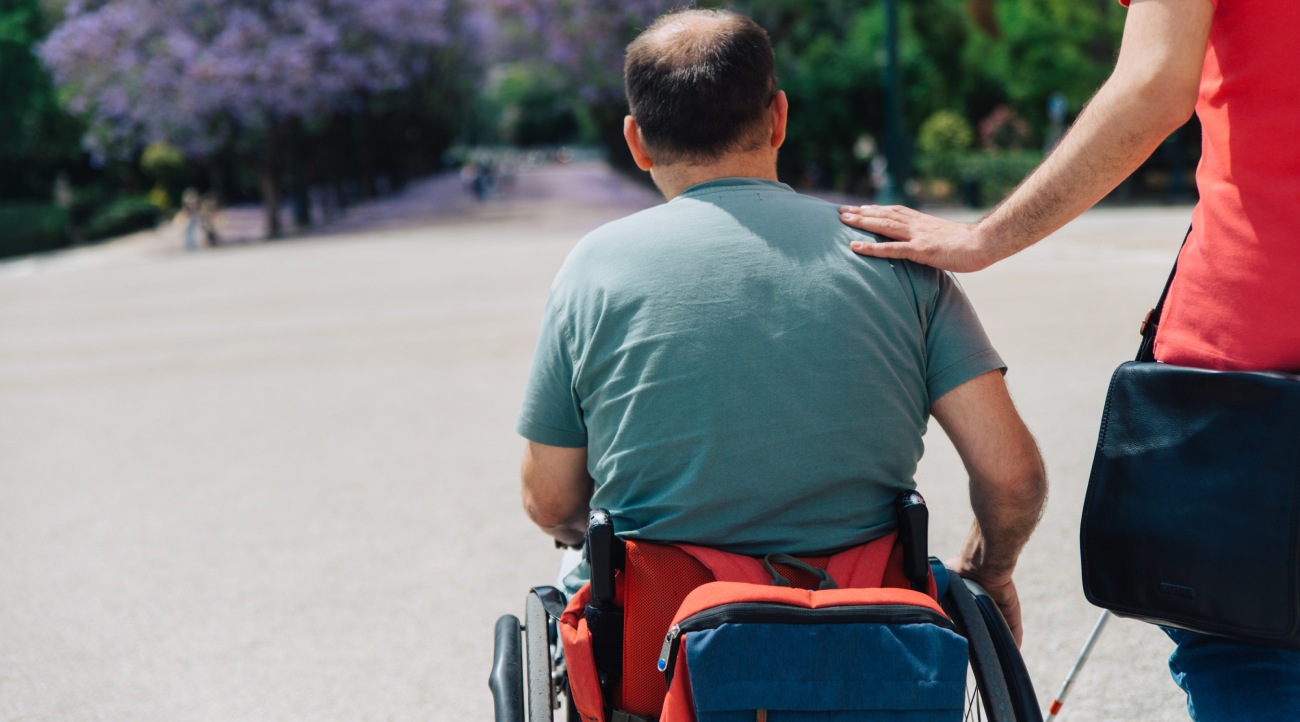 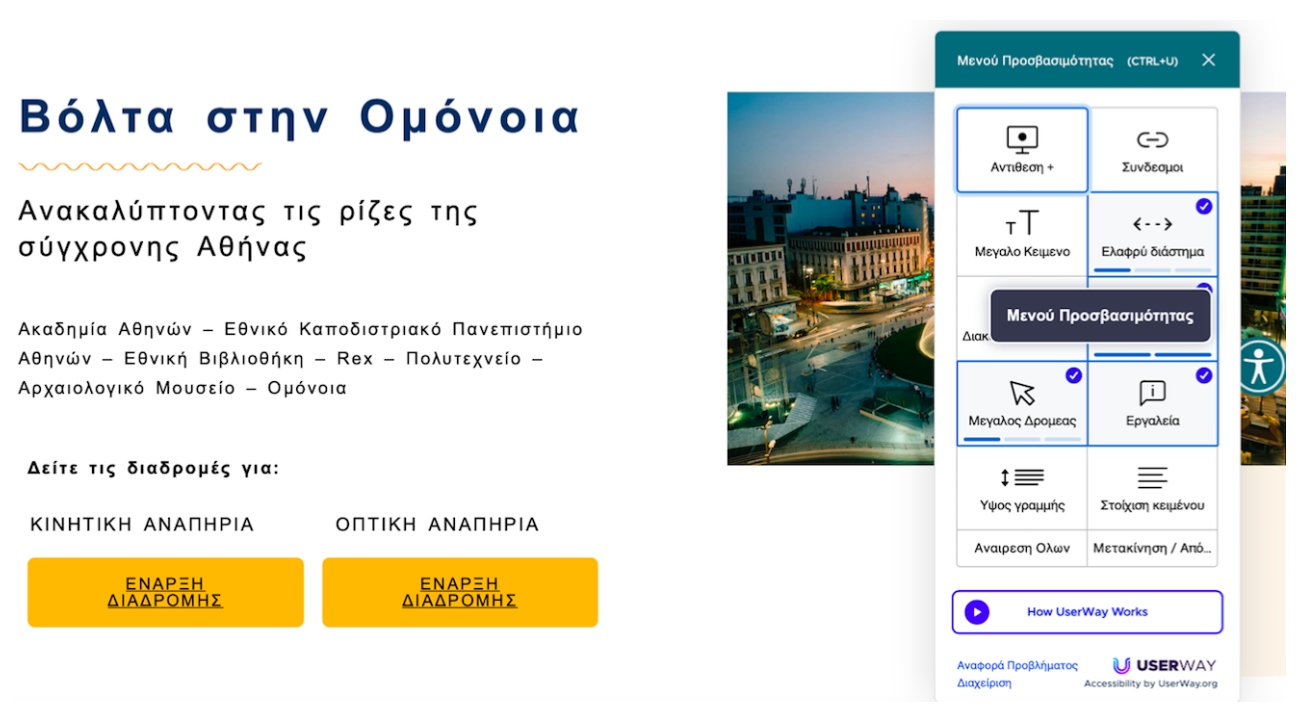 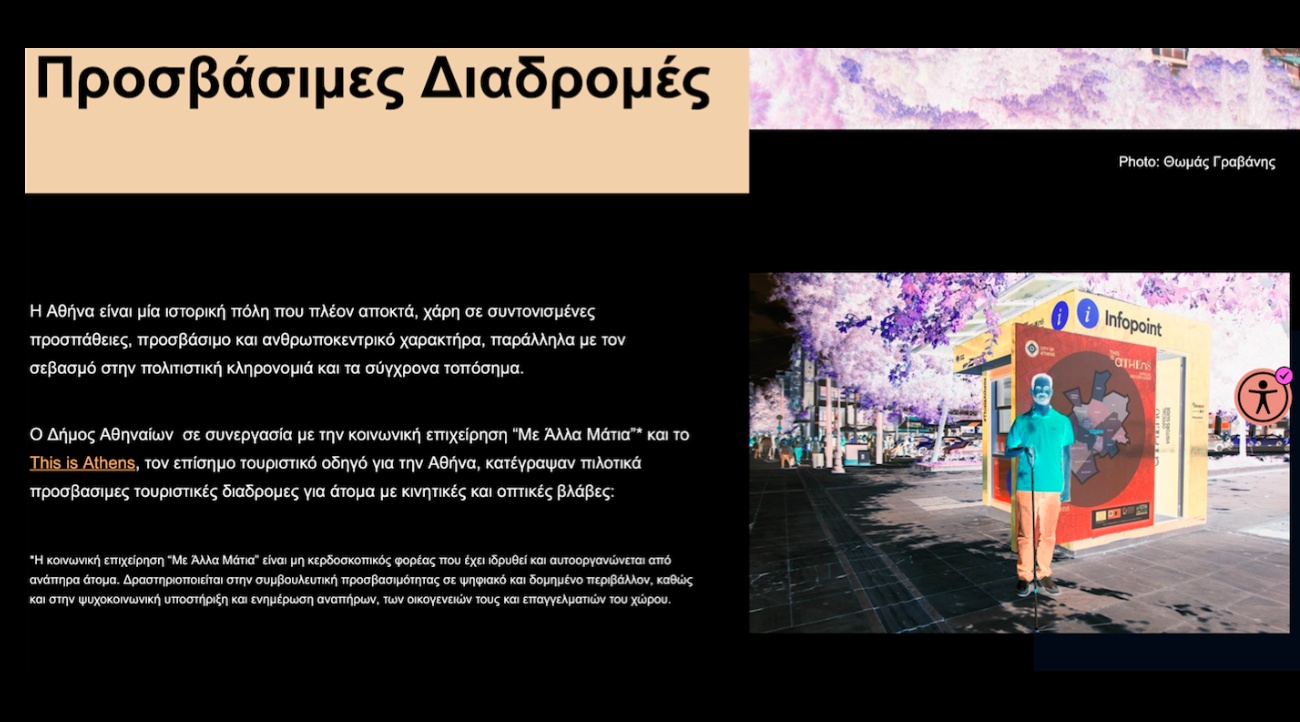 The City of Athens Accessible to All

Athens is becoming accessible to all. On the occasion of the International Day of Persons with Disabilities, the City of Athens completed the first stage of a pilot project to map accessible routes for people with disabilities. The pioneering initiative aims for everyone to have the opportunity to discover Athens and its neighborhoods.

This is Athens, the Official Visitors’ Guide to the City of Athens, worked in collaboration with the non-profit organization Me Alla Matia (in translation: With Other Eyes) to design eight routes across the center of Athens. Four routes are designed for people with mobility impairments, and four similar routes are designed for people with visual impairments.

The accessible routes are included among the visitor itineraries featured at the online home of This is Athens that is presented in English, French and German: https://www.thisisathens.org.

The routes can also be directly accessed through a fully accessible portal in Greek and English: https://accessibleroutes.thisisathens.org

The accessible routes demarcate obstacles and provide descriptions through words and photos to assist pedestrians and supporters to move more freely through the city. The routes combine the most possible points of interest with the fewest obstacles along the way. The steps utilize simple and detailed descriptions, and they are ready to be used with audio equipment.

To design the routes, research teams and specialized professionals studied the streets and urban topography through their personal experience. Each route includes points of interest, a summary of the route and its accessibility, and a link to a Google Map that can be opened on a smartphone. The page also includes detailed information on public transportation available near the route.

This is Athens is a project of the Athens Development and Destination Management Agency (ADDMA), a public company owned by the City of Athens supporting the city’s mission for tourism, entrepreneurship, and innovation.

The routes in detail:

National Garden of Athens and Nearby Highlights

Performances to be presented by the City of Athens

Two performances will be presented by the City of Athens to celebrate the International Day of Persons with Disabilities at the Ison Theater (33 Melenikou).

Friday 3 December at 9:30pm, the inclusive dance show titled “Echo” will be performed by the professional dance group Exis.

Saturday 4 December at 9:30pm, the fully accessible show titled “Antigone - Praxis I” will be performed by the professional inclusive theatrical group Theama (Theater for People with Disabilities).