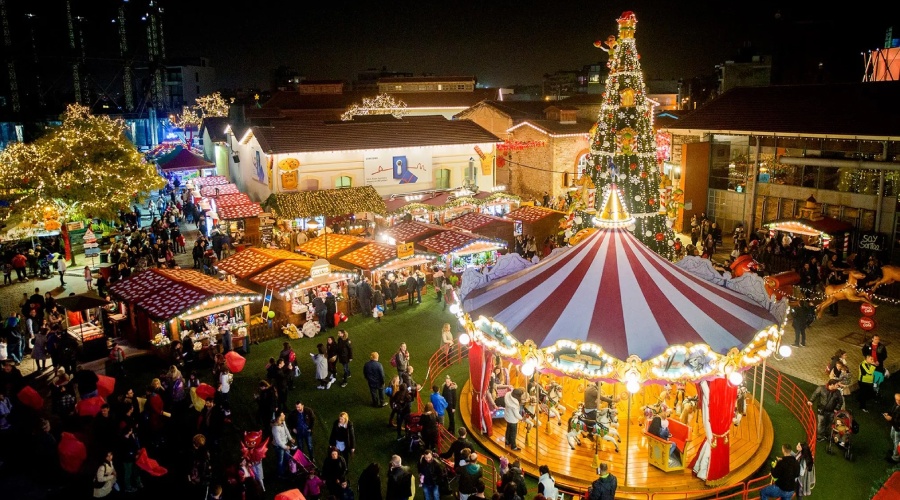 With the festive season approaching, dozens of cultural events are scheduled for the capital in coming weeks, in addition to ongoing events continuing in December, all of which promises to immerse audiences into the spirit of Christmas. 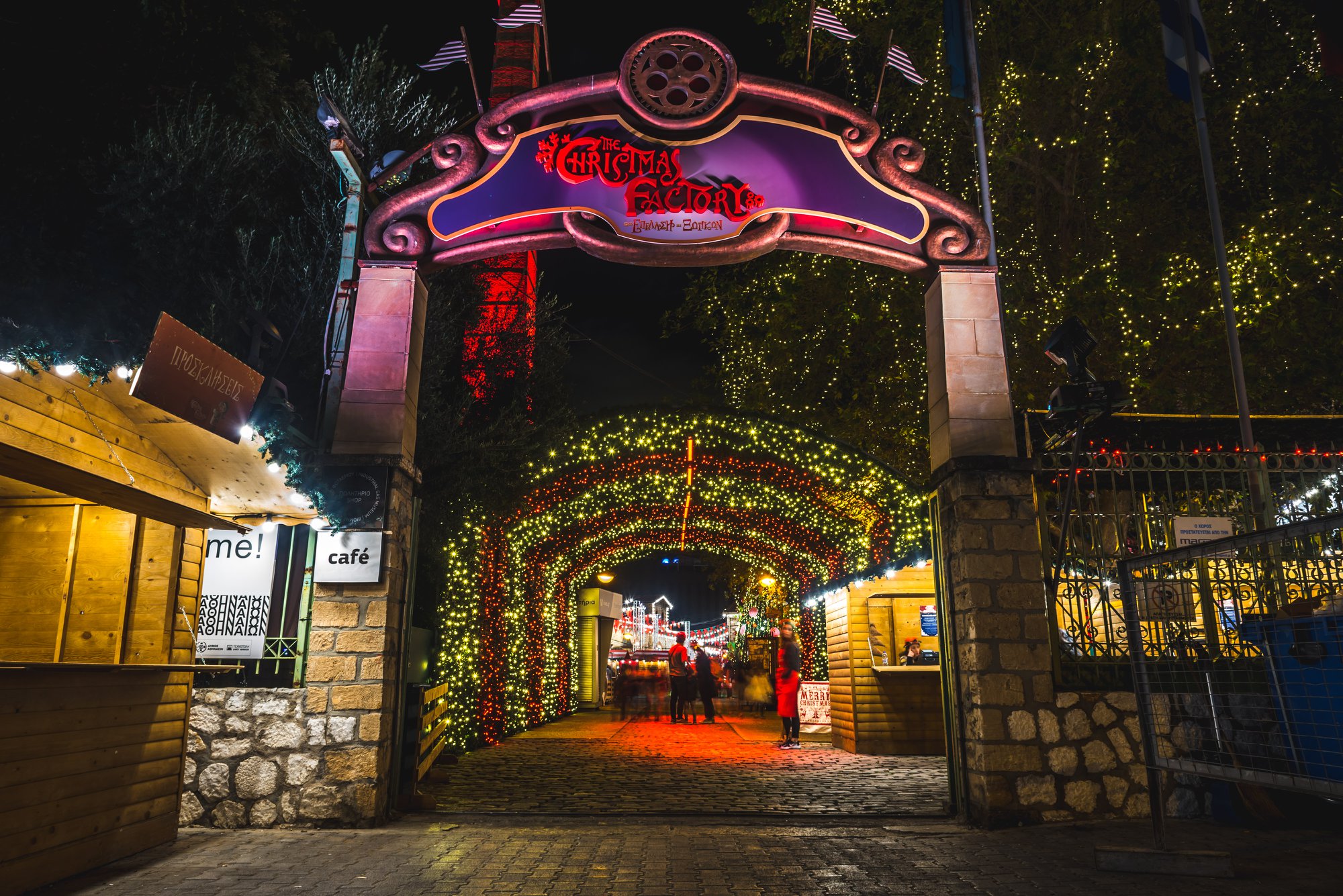 Elves, equipped with Christmas lights and colourful decorations, delicious sweets, candies and, of course, magic antiseptics, have fully prepared Santa’s headquarters in Athens at the municipality’s Technopolis space in the Gazi district for the festive season.

The Christmas Factory will also feature a magical carousel, dodgem cars, the city’s brightest Ferris wheel, most impressive Christmas tree and lots of games for all visitors. Concerts and plays are scheduled for every weekend throughout the Christmas Factory’s duration. 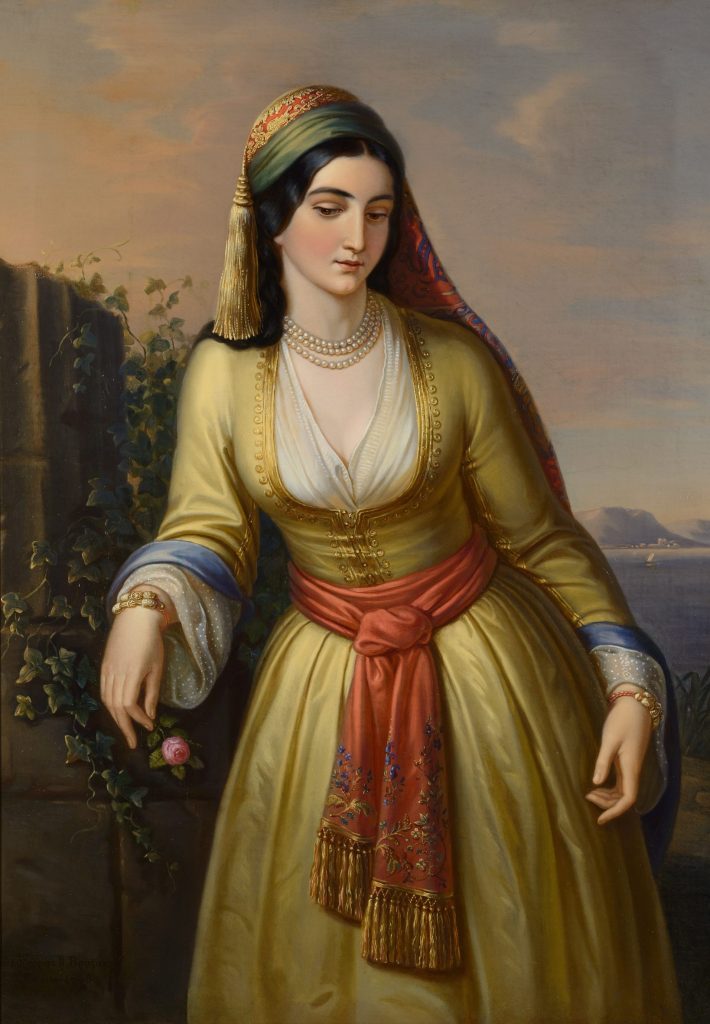 The Benaki Museum and the Anthony E. Comninos Foundation present an exhibition entitled “Treasures of Philhellenic Painting”, featuring works from the foundation’s prominent collection, exhibited for the first time. 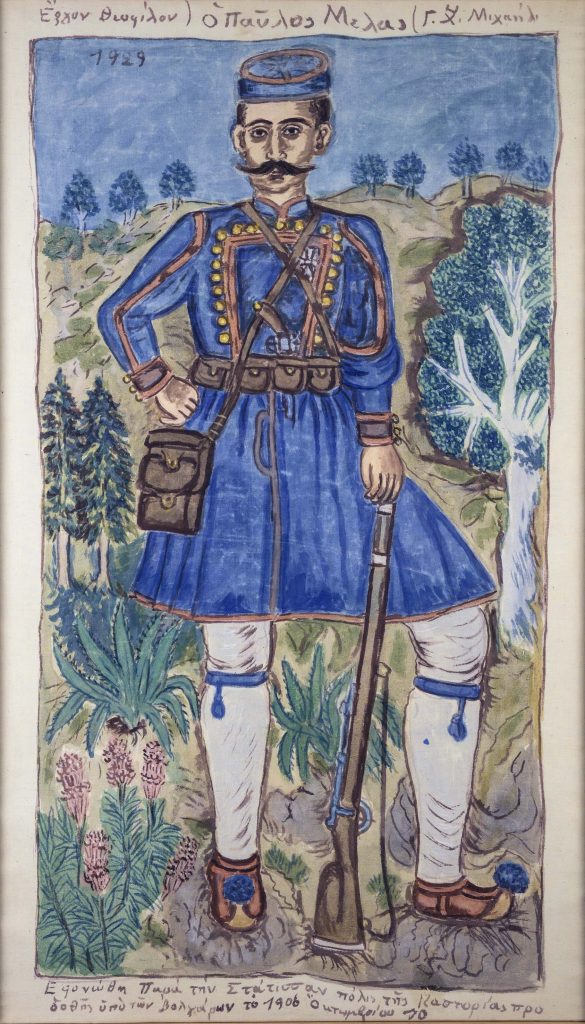 A total of 96 precious works by Theophilos, representing the tradition of a country and its people, are showcased in a major exhibition dedicated to the artist’s work, launched on November 10 at the Theocharakis Foundation.

Leading works by the artist such as “Ares, god of the ancient Greeks, god of war”, “Dance of Zalongo”, “Death of Markos Botsaris” and “Portrait of Eleftherios Venizelos” highlight the many dimensions of Theophilos’ work, carrying a sense of responsibility as well as hope for the future.

B & M Theocharakis Foundation for the Fine Arts

Music was the catalyst for seventeen-year-old (not-yet-Lord) Byron’s passionate love for the young chorister John Edleston, a fellow student at Trinity College, Cambridge: “His voice first attracted my attention, his countenance fixed it, and his manners attached me to him forever”, the poet later wrote.

Some years later, deeply shaken by the unexpected death of his college lover at the age of twenty-one from tuberculosis, Byron, a leading figure of the Romantic movement, would compose a series of affecting elegies in which the biblical, female pseudonym “Thyrza” is used to mislead the public opinion of puritanical early 19th century England.

The Greek National Opera Alternative Stage’s concert “The Cornelian Secret: Love poems by Lord Byron”, part of the wider tribute to the 2021 bicentennial of the Greek Revolution, during which philhellene Lord Byron died after leading a campaign, includes new work by Giannis Aggelakas, Aspasia Nasopoulou and Orestis Papaioannou. The material is based on love poems by Lord Byron. The concert is available for viewing on GNO TV as part of the cycle “Odes to Byron”. The cycle is curated by composer Alexandros Mouzas.

“The Cornelian Secret: Love poems by Lord Byron” concert may be watched for free at nationalopera.gr/GNOTV until December 31, with Greek and English subtitles. 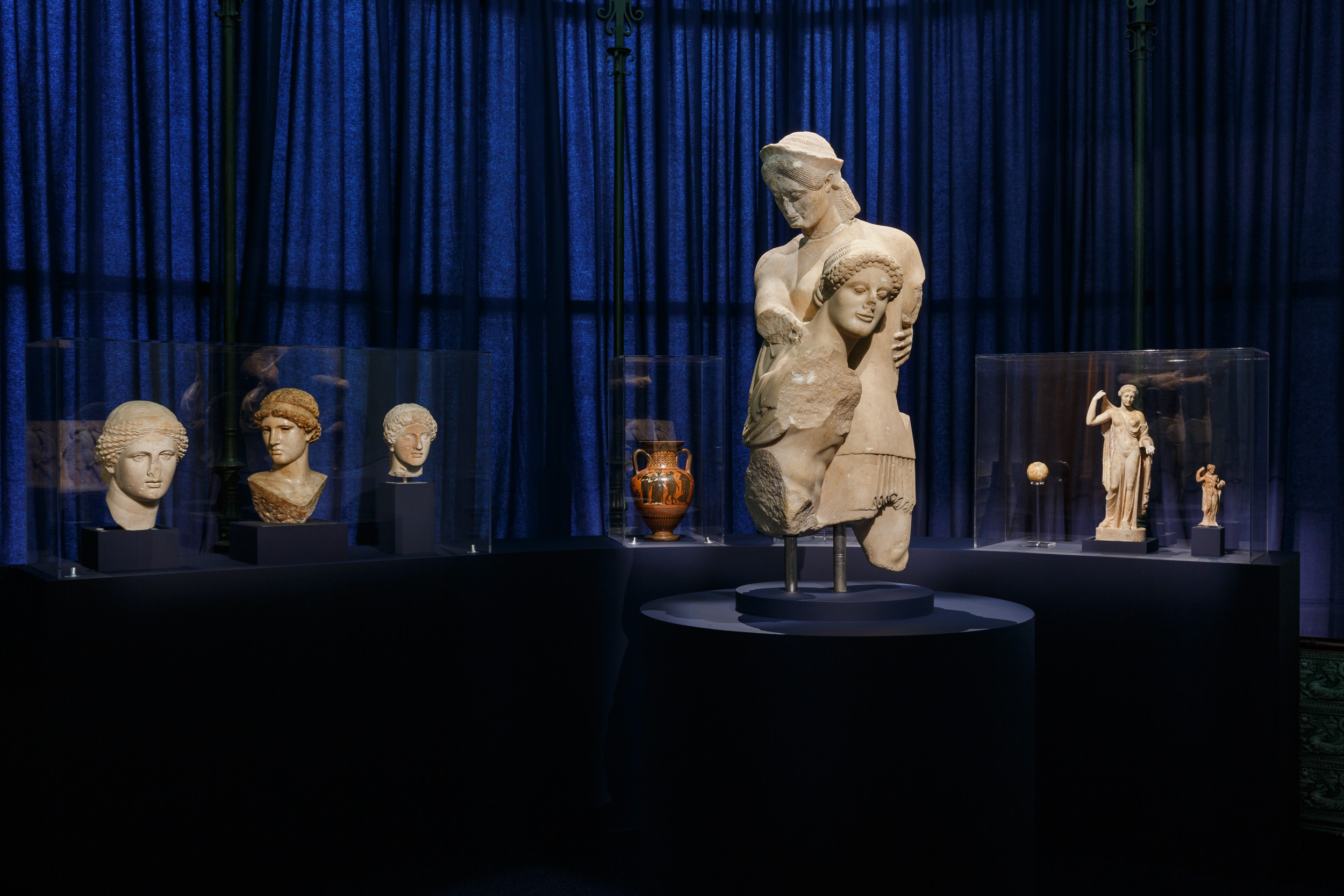 The Museum of Cycladic Art, as part of its series of pioneering archaeological exhibitions focused on mankind, presents, in association with the Ministry of Culture and Sports, an exhibition titled “Kallos - The Ultimate Beauty”, co-curated by Professor Nicholas Chr. Stampolidis, Director of the Acropolis Museum and former Director of the Museum of Cycladic Art, as well as the museum’s Curator of Antiquities Dr. Ioannis D. Fappas.

The various dimensions of the concept Kallos, ultimate beauty, in daily life and philosophical thought of ancient Greece are presented through 300 emblematic antiquities from museums and collections in Greece and abroad. This major exhibition, large in scale, is spread throughout all of the museum’s exhibition spaces. 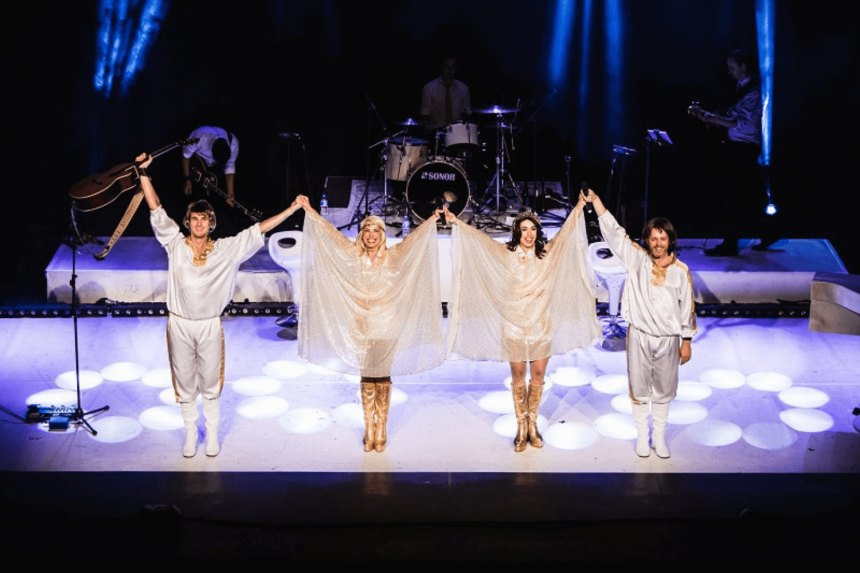 Leading production ABBAmania, faithfully reviving the power and beauty of legendary Swedish pop group Abba’s music, as well as the act’s thrilling stage presence, has been continuously touring the world since 1999. The show returns to Athens for yet another performance at the Christmas Theatre having so far generated ticket sales of more than 3 million in over 30 countries, drawing both young and older audiences, as was also the case with this universally appealing act in the 70s, when it ruled the pop music world.

The sensational success of the musical “Mamma Mia” in the late 90s, originally staged in London, then taken around the world, sparked a new wave of interest in Abba’s music. Stage producer Stuart Littlewood created “ABBAmania”, a show whose representation of Abba is as close as can be to the real thing. Superb performers and top-class production – sound, lights, effects and continual costume changes – results in a performance paying tribute to the phenomenal Swedish act at a deservedly high level.

ABBAmania went on to become one of the biggest hits at London’s West End for years. 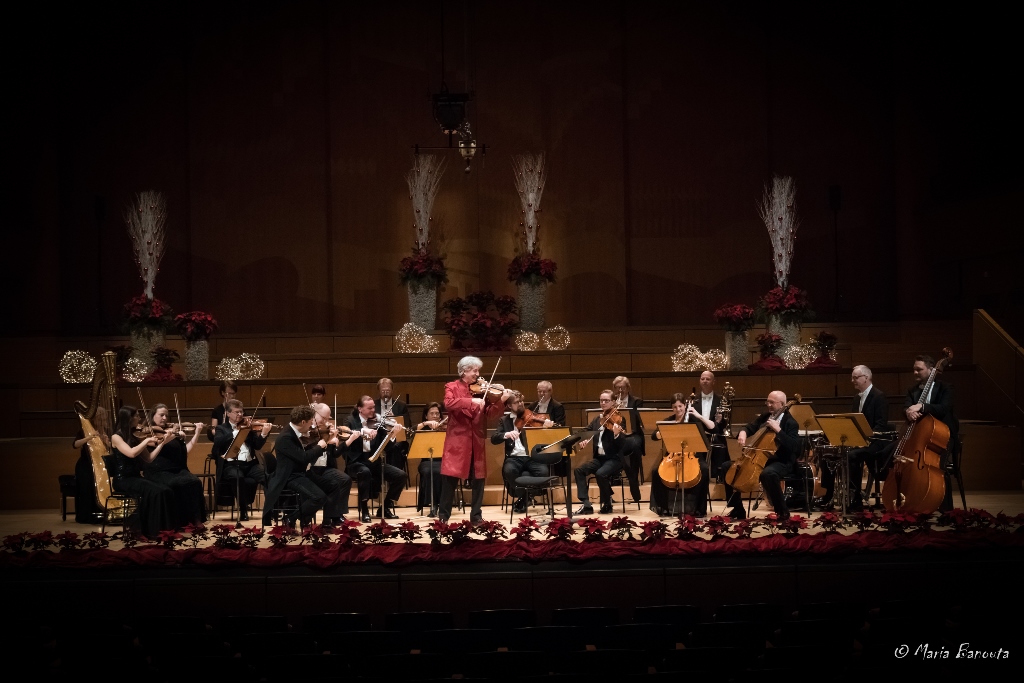 The Johann Strauss Ensemble’s annual festive season concerts once again open the season’s proceedings at the Megaron Athens Concert Hall. Charismatic conductor Russell McGregor and the Johann Strauss Ensemble’s gifted musicians, performing the Strauss family’s waltzes and polkas with authenticity and dexterity, can be expected to once again delight audiences in Athens. The flower-decorated Megaron stage will fill with classic Viennese melodies and surprises.

Goran Bregovic: Christmas in the Balkans at the Christmas Theatre 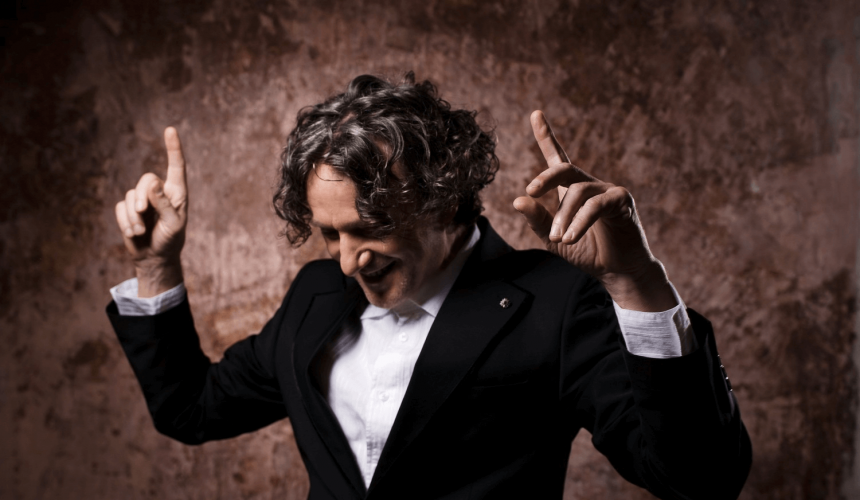 Renowned composer Goran Bregovic returns to Athens for a Balkan Christmas performance filled with Balkan sounds and songs highlighting the ability of music to unite. The show will feature selections from Bregovic’s hit soundtracks “Time of the Gypsies” and “Underground”, for the Emir Kusturica films, as well as tunes that ended up being given Greek lyrics to become Greek hits.

A classic ballet for the entire family, “The Nutcracker”, a production by Bolshoi Ballet legend Yury Grigorovich, featuring the Bolshoi’s principle dancers and special effects, is presented as a live video recording broadcast at the Athens Concert Hall for the festive season.

The appeal of “The Nutcracker” is timeless. On Christmas Eve, Marie and her family are celebrating, gathered around the Christmas tree. The magical gift that Drosselmeyer, her uncle, brings her for Christmas, will transform her evening. The nutcracker doll comes to life, taking Marie through amazing adventures.

€8 for students, children and young adults aged up to 25, unemployed, persons with disabilities, 65+, multi-member families. 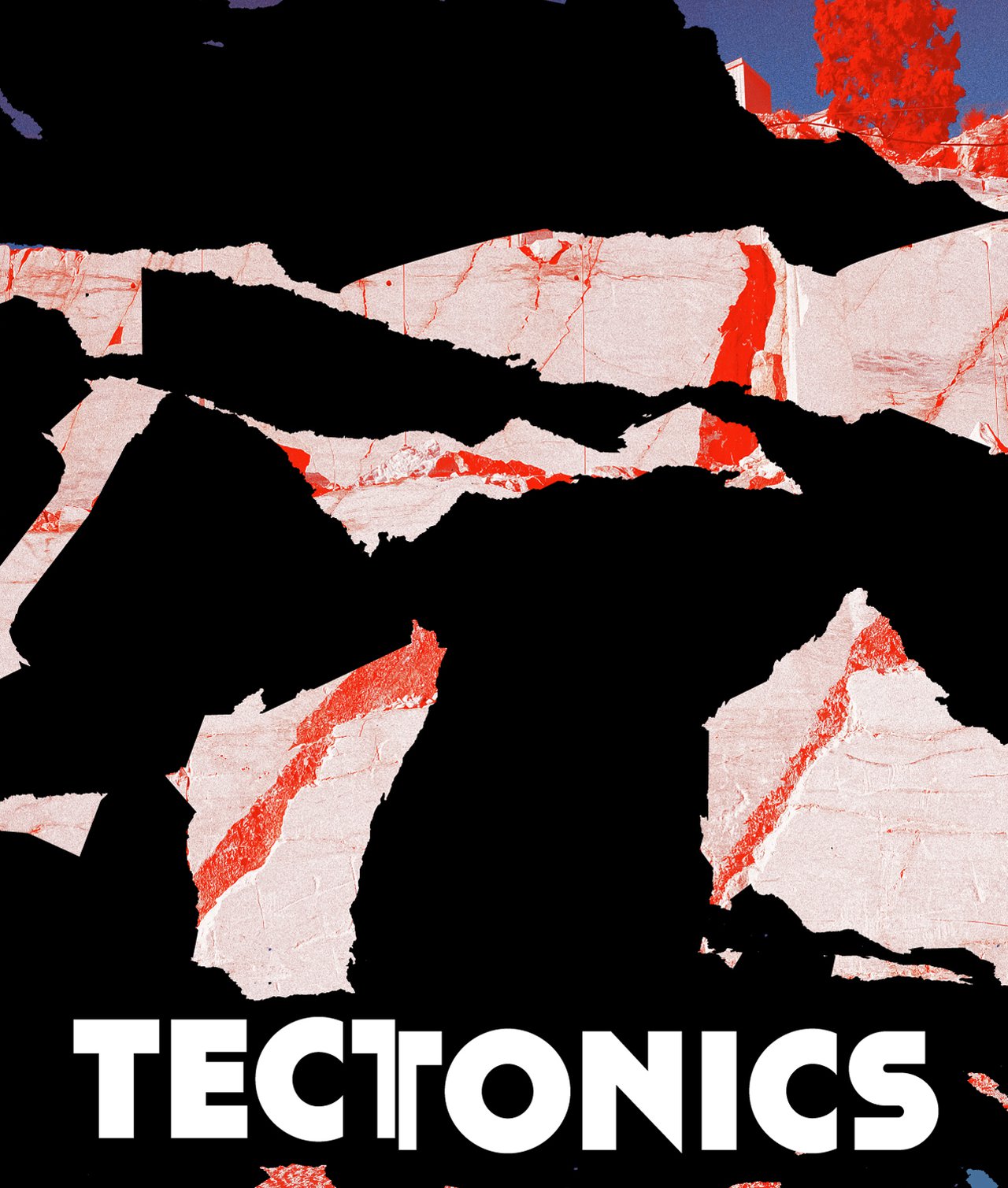 The Tectonics Festival, which debuted in Reykjavik in 2012, has since been staged a total of 27 times in various cities.

The event’s head curator, renowned conductor Ilan Volkov, who started the festival with the Iceland Symphony Orchestra, focuses his interest on new music, from symphonies to solo improvisational performances and electronic music, as well as new instruments and musical installations.

Besides developing a broad international network of artists and helping them delve deeper into their work, the festival also focuses on local scenes, offering unanticipated opportunities to artists and audiences alike to meet and establish ties.

This latest edition of Tectonics is co-curated by Ilan Volkov, Anne Hilde Neset and Mihalis Moschoutis. 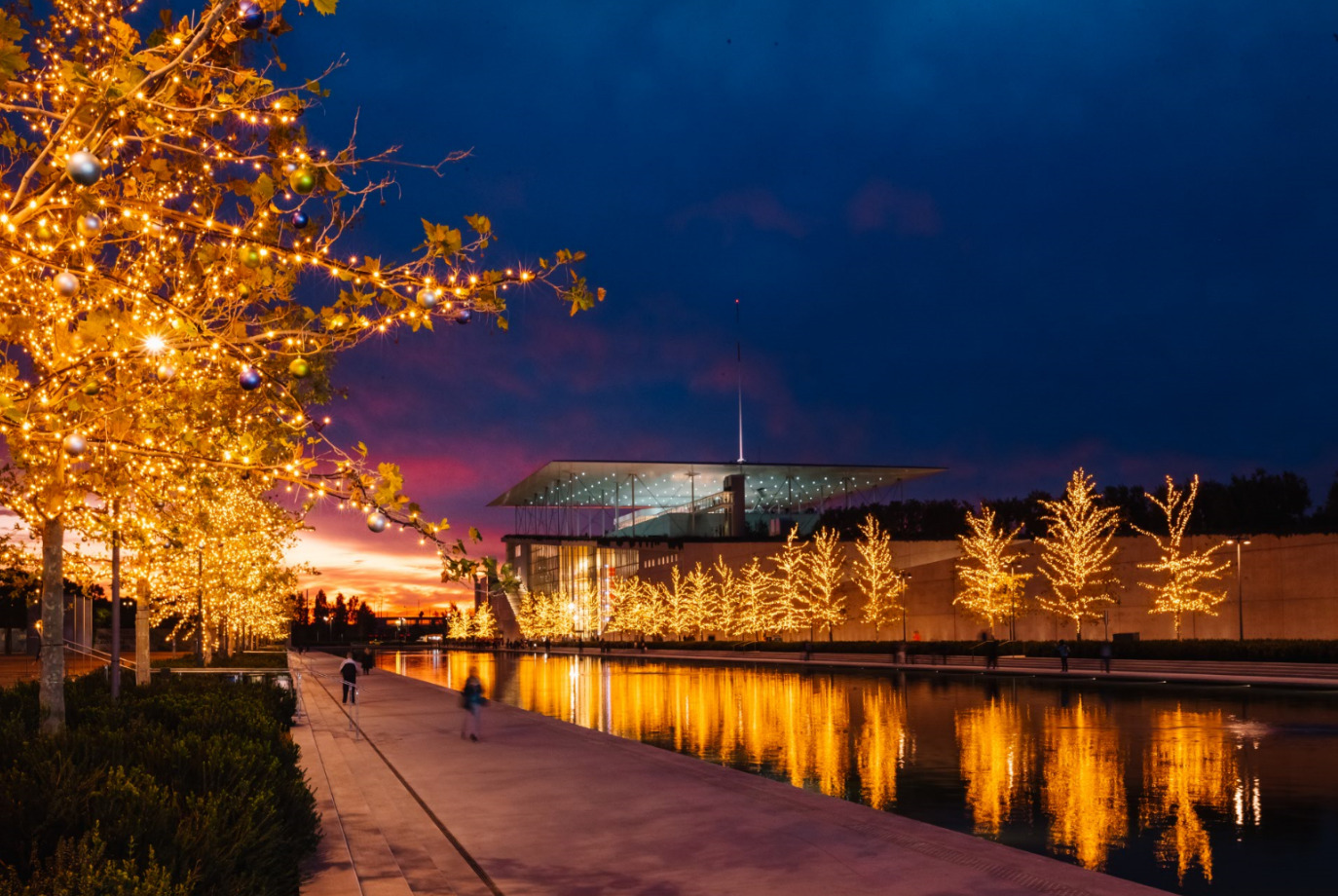 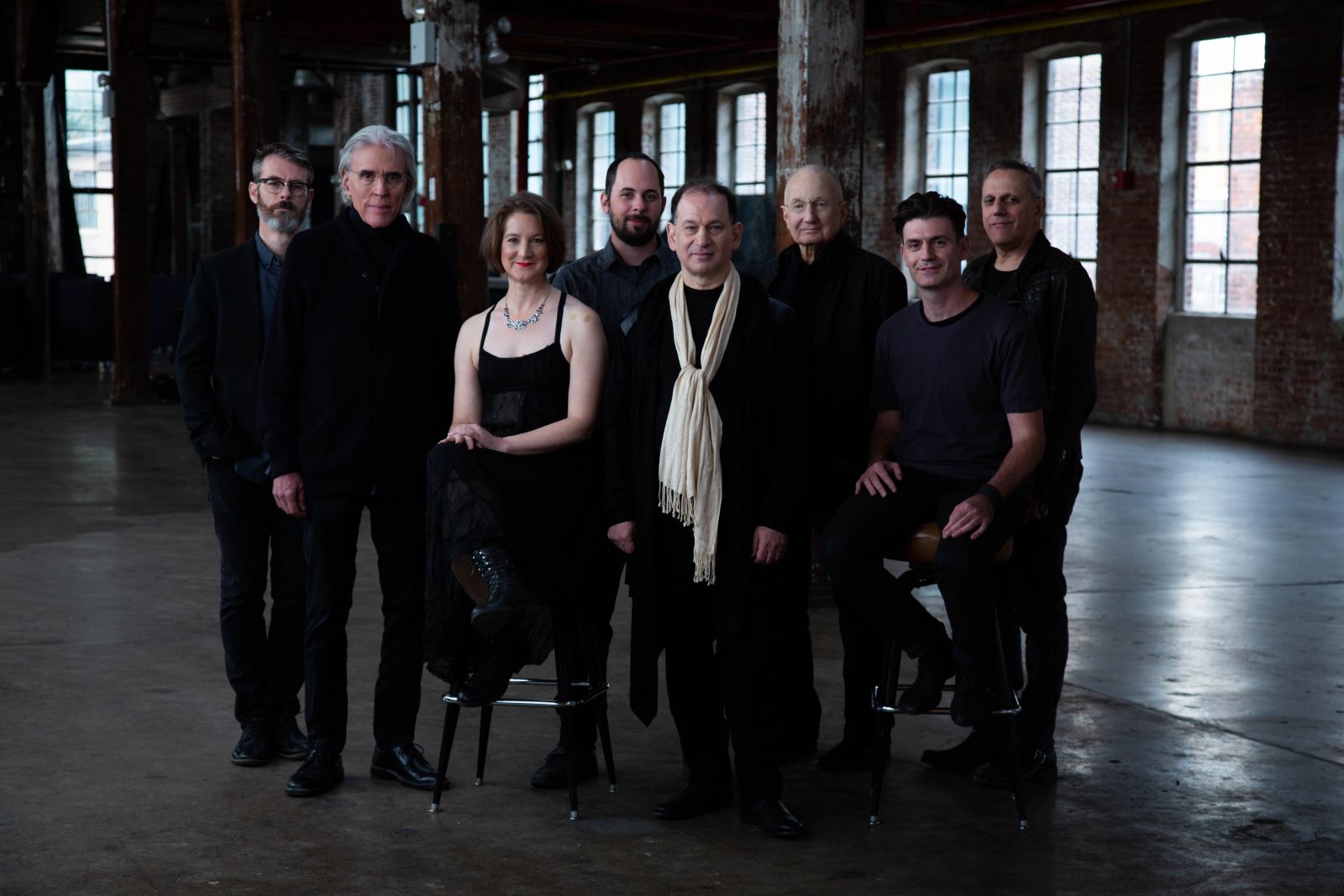 The Philip Glass Ensemble, an experimental group formed by Philip Glass in 1968 for exclusive interpretations of his work, visits the Stavros Niarchos Foundation Cultural Center for one Athens concert to take audiences through the major artist’s special musical world.

Born in 1937, in Baltimore, USA, Philip Glass is regarded as one of the most important composers of the 20th century. In the early 60s, he spent two years in Paris studying with esteemed composer and conductor Nadia Boulanger.

Glass gradually began experimenting with various styles of music and broadened his repertoire to compose material for orchestras, opera, dance, theatre and film. By 1974, a large body of work had accumulated for the Philip Glass Ensemble.

During its early days, the ensemble played at small galleries as well as studios in New York’s restless artistic community of Soho, performing Glass’ experimental work.

Over the fifty or so years that have ensued, the orchestra has taken the composer’s bold spirit to some of the world’s most celebrated stages.

A key part of the Athens performance, “Music in Eight Parts”, a masterpiece composed in 1970, was recently rediscovered, reconstructed and recorded after the composer had sold the autographed original score in the early days while trying to make ends meet. 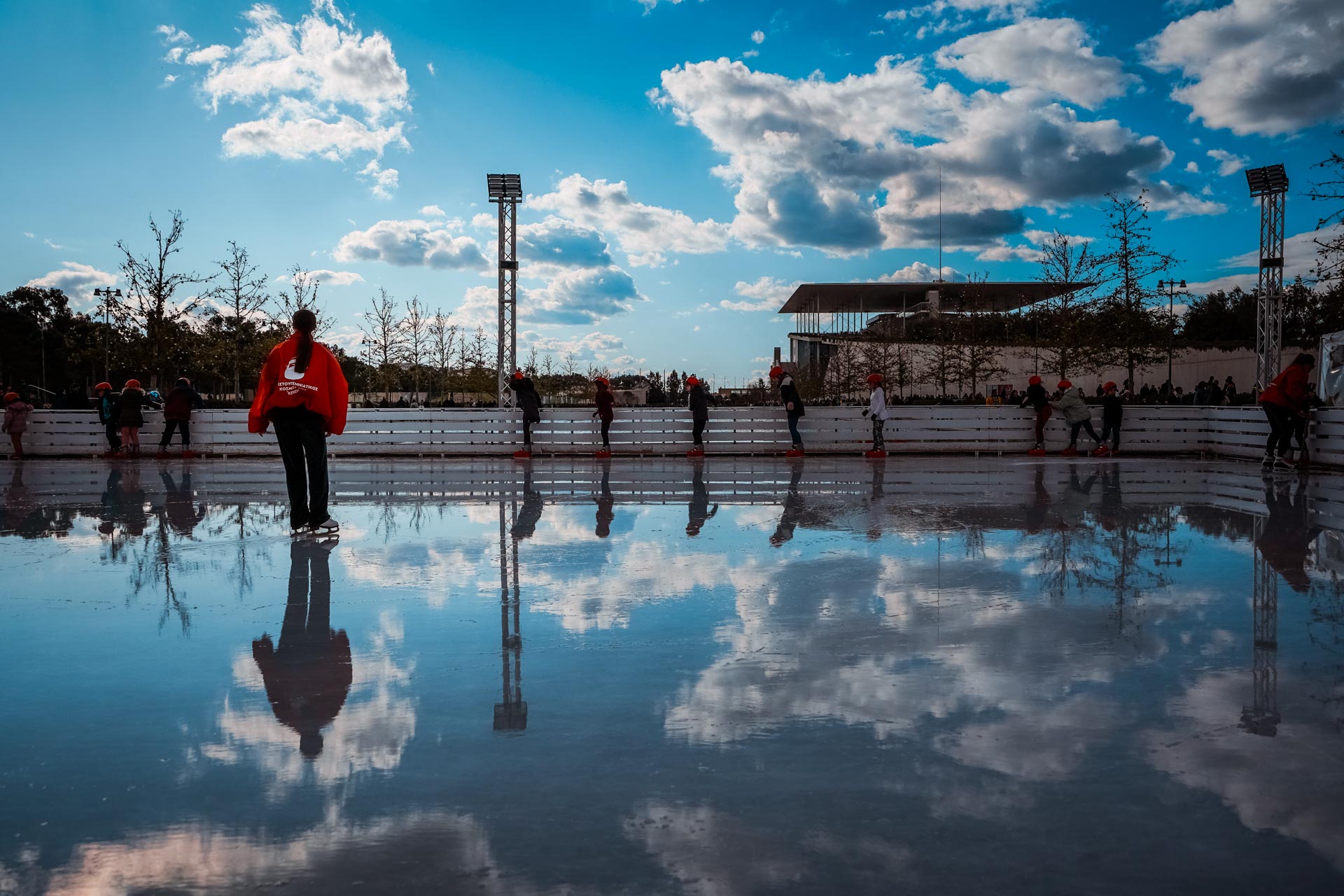 The Stavros Niarchos Foundation Cultural Center’s Ice Rink contributes to the Christmas spirit by offering visitors, including aspiring skaters, the opportunity to enjoy its ice rink, installed at the beginning of the centre’s canal, by the foundation’s visitors centre, while enjoying the dancing water fountains and the canal’s festive-season lights. 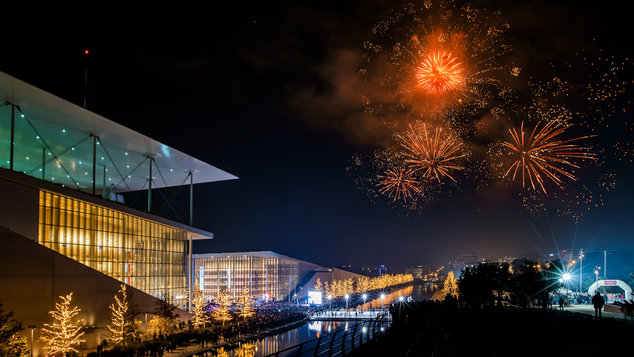 The Stavros Niarchos Foundation Cultural Center celebrates New Year’s Eve with ice skating at its rink, until late, spectacular fireworks, a DJ Party, as well as the foundation’s now-established road race, SNF RUN: 2022 FIRST RUN, co-organised by AMKE, Regeneration & Progress, a nonprofit organisation supported exclusively by the SNF, as well as Sports Excellence, the Orthopedic Clinic of the University of Athens’ Medical School.