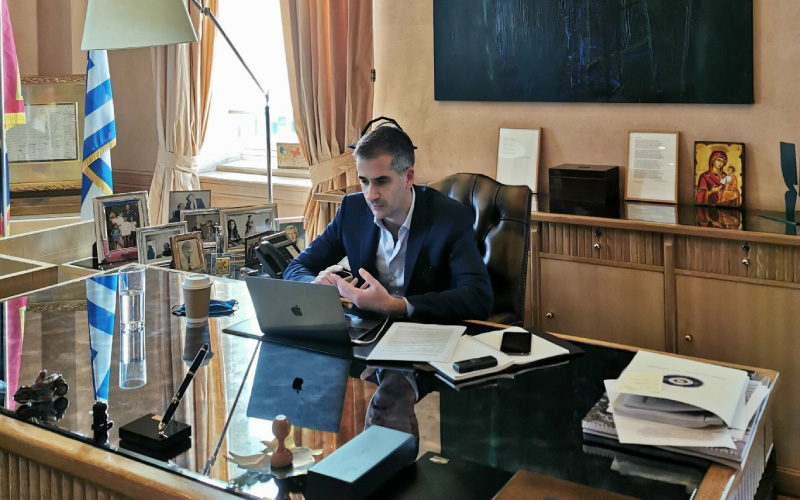 With a wide spectrum of initiatives amounting to 40 million euros - which derive, mainly, from European resources - the City of Athens will support the city economy within the next four months. The goal is to keep the local businesses open and sustain the jobs-at-risk due to the prolonged  health crisis.

In collaboration with the city's stakeholders, a dynamic program has been drawn up so as to support trade, business, culture and tourism, with the aim of keeping the city's economy alive both during the pandemic and during the next day. The action plan of the Municipality of Athens focuses on four sectors of Athens' economy: Entrepreneurship - Employment and social cohesion - Culture - Tourism and Digital Future - Innovation.

The four main axes of the project, which will be unfolded in the next period are:

- Upgrading of digital tools for the provision of services of institutional and productive bodies to their members (Budget: € 1,000,000)

- Financing of companies in the Historic Center of Athens to improve their image (Budget: 5,000,000 €)

- Creation of an investment identity of the city (Invest in Athens) and establishment and operation of the Athens Film Office to attract large film producers in the city (Budget: 1,000,000 €)

- Support for commercial enterprises through:

- Organization of the 1st Innovation Summit to strengthen the innovation ecosystem of the city (Budget: 300,000 €)

- Coordination of the creation of thematic Clusters in collaboration with the local entrepreneurs (Budget: 600,000 €)

- Creation of a strong solidarity network (Open Social Net) for the interconnection of the social structures of the Municipality with the groups of the civil society (Budget: € 1,800,000)

- Support for companies active in cultural creation and expression (Budget: € 7,700,000)

- Enhancing the cooperation of the Municipality of Athens through the Development and Tourism Promotion Company (EATA) with SETE and private entities (This is Athens & Partners).

- Strategic partnerships with the World Tourism Organization, the World Organization of Conferences and Exhibitions (ICCA), the World Meetings Professionals International and the Global Sustainable Tourism Council.

The Mayor of Athens, Kostas Bakoyannis, immediately after his meeting with the representatives of the key stakeholders of Athens, stated the following: "Much has been said about the harm caused and continues to be caused by the pandemic crisis. Now, it is time for action”.